The city of San José is best known for Dionne Warwick's 1968 hit "Do You Know The Way To San José?", which is about the plight of young actors in Los Angeles. It is not about San José.

I want San José to become a great city, so I offer these cheap but effective suggestions:

Change the name of the city to Silicon Valley

There are other cities named San José. The most important is the capital of Costa Rica. Silicon Valley deserves a name that is unique, that tells the world what it is about. The silicon wafer fabs are long gone, but the tech industries that they enabled are still thriving and changing the world, sometimes for the better.

Change the name of the airport to Silicon Valley International Airport

The current name is Mineta San José International Airport. The name confuses some people because they don't know what a Mineta is.

Norman Yoshio Mineta was the Secretary of Transportation in the second Bush administration. He was also briefly Clinton's Secretary of Commerce. Prior ro that he was Mayor of San José and a Congressman. Mineta deserves to have an airport named after him, but I think the city would be better served by the change. Perhaps another honor can be given, such as naming the terminal building or the roadway after Mineta.

The current name is Diridon Station. It is named for Rod Diridon, who was a county supervisor who was instrumental in protecting and championing rail transit in Silicon Valley. I recommend erecting a statue of Rod in front of the terminal that currently bears his name.

It is common for great cities to name their largest train station Central Station. This city should do the same. The station is going to grow in importance with the integration with BART and California High Speed Rail and the installation of the new Google campus.

Change the name of Almaden Blvd to Jobs Blvd

Silicon Valley has too many streets named Almaden. It isn't as bad as Atlanta and its Peachtree, but it is still an unnecessary source of confusion. I recommend renaming one of them after Steve Jobs, the founder of Apple and the funder of Pixar. The next street to the west is Woz Way, named for Apple co-founder Steve Wozniak. 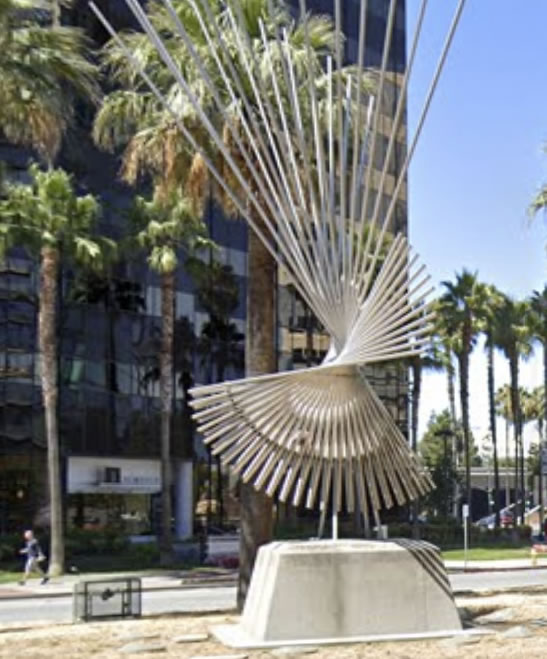 The traffic island in front of the historic Hotel DeAnza contains an abstract sculpture that is made of pipes. It just takes up space. We can do better.

It should be replaced with a square wall made up of 256 black and white 1 foot cubes. The sides of the wall display pixel art that was designed by Susan Kare.

The base of the current installation can be reused for the new one.

Why did Constantinople get the works?
That's nobody's business but the Turks.